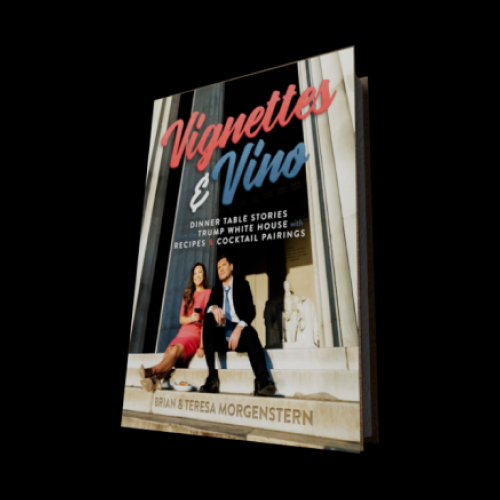 Queen Elizabeth II, a stalwart figure of stability in a chaotic world, may she rest in peace after reigning for 70 years and passing at the age of 96. She was the Queen of England for longer than most human beings on earth have been alive.

In an increasingly political world, where leaders in all facets of society are being dragged into disputes, may God Save the King and offer him the grace afforded his mother for seven decades. It will be no easy feat to maintain the neutral reputation and widespread public support of the monarchy, especially given his rather public, leftward predilections.

The GOP is highly likely to take control of the House, and we’ll have more to say about our forecast on that soon. The Senate picture is less clear.

While Biden’s ham-handed approach over the last week has been panned as divisive and angry, Democrats appear to be benefitting from new-found enthusiasm among single-issue, pro-abortion female voters in the aftermath of the Supreme Court’s decision in the Dobbs case. The generic congressional ballot has moved in the Democrats’ direction over the last month.

In the meantime, the latest polls posted by Real Clear Politics are looking good for Republicans in a few swing states:

We also note an interesting campaign trend identified by Natalie Allison at Politico that the fights are playing out in digital warfare and tv ads—rather than traditional debates and earned media.

The WSJ reports that the Fed is poised to implement another 0.75 point rate hike at its meeting on September 20-21 as part of its effort to tame inflation. We expect unemployment to tick up in the coming months as more people re-enter the labor force and investors hold their fire, bracing for a potentially rockier Q4 2022 and Q1 2023, further tightening capital markets and corresponding investments in labor.

A new bipartisan bill was introduced in the Senate by John Boozman (R-AR) and Debbie Stabenow (D-MI) to provide clarifying regulations for the cryptocurrency / digital asset industry. It would give primacy to the Commodities Futures Trading Commission (CFTC) over the Securities Exchange Commission (SEC), much to the delight of the industry. The SEC has taken a decidedly hostile position on crypto, even being accused of “regulation by enforcement,” as opposed to the “regulatory sandbox” approach, or at least a more cooperative process involving proposed rules and public comment periods.

The news this week is that the Senate Agriculture Committee will hold a hearing on the legislation this Wednesday, September 14.

House Financial Services Republicans, including chair-in-waiting Rep. Patrick McHenry of North Carolina, sent a letter to Fed Vice Chair Lael Brainard with pointed questions about the Fed’s moves in the direction of issuing a central bank digital currency. The members question the Fed on whether it even has such authority, whether and how individual accounts with the Fed could take shape, and whether it could have negative effects on private sector digital asset innovators.

Politico reports that the bank regulators — the Federal Reserve, Comptroller of the Currency, and the FDIC — are working on ways to use their supervisory abilities to force large banks to “identify, measure, monitor, and manage the financial risks of climate change,” according to newly confirmed Fed official Michael Barr.

“We are witnessing the effects of a poorly thought out net-zero carbon policy that is triggering an energy poverty crisis around the world. Washington policy makers and regulators should focus on the importance of retaining natural gas as an essential transition fuel in the road towards a decarbonized energy system.”

With interest rates and the cost of capital rising, we’re seeing a sharp downturn in tech company growth, as is the New York Times:

(This is one of our favorites from our new book, Vignettes & Vino! It’s a crowd pleaser.)

1 garlic clove, smashed into a paste

Begin by making the horseradish aioli. Mix the mayo, garlic, horseradish, and lemon juice until blended. Add salt and pepper to taste. Refrigerate while cooking the rest of the meal.

Next, season the beef medallions with salt and pepper on both sides. In a grill pan, heat a tablespoon of butter over high heat. Once the butter is melted and the pan is hot, cook the steaks about 4 to 5 minutes on each side or an internal temperature of 135° F for medium, depending on the thickness of the meat. Optional to finish with truffle butter for a special kick. Allow to rest for about 5 minutes after cooking. Slice thinly.

Toast slices of sourdough either in the pan where you cooked the steaks or in the toaster. Slather a layer of the horseradish aioli on each slice of bread. Then add the sliced steak, followed by a layer of the caramelized onions. Top with arugula and close the sandwich. It is truly a decadent dish!

1 oz. dry vermouth (Manhattan connoisseurs say that sweet vermouth is better, but we’ve made it with dry vermouth and enjoyed it.)

Put ice in a shaker and add the bourbon, vermouth, and bitters. Shake well. Strain into a cocktail glass. Pour in the ginger ale. Stir. Twist the orange rind over the glass and then hang it on the rim. Drop in the cherry and serve.

A deranged and evidently awful person who is also apparently a professor at Carnegie Mellon University named Uju Anya took to Twitter to attack Queen Elizabeth II, who was on her deathbed, wishing her an “excruciating” death. The professor tweeted:

“I heard the chief monarch of a thieving raping genocidal empire is finally dying. May her pain be excruciating.”

She responded to her critics with downright vulgar terms. Jeff Bezos joined the many who slammed Anya, tweeting, “This is someone supposedly working to make the world better? I don’t think so. Wow.”

WTF is with Bezos on this one.

Have a great week! Email us with feedback and questions at Victory@wtfstrategies.com.