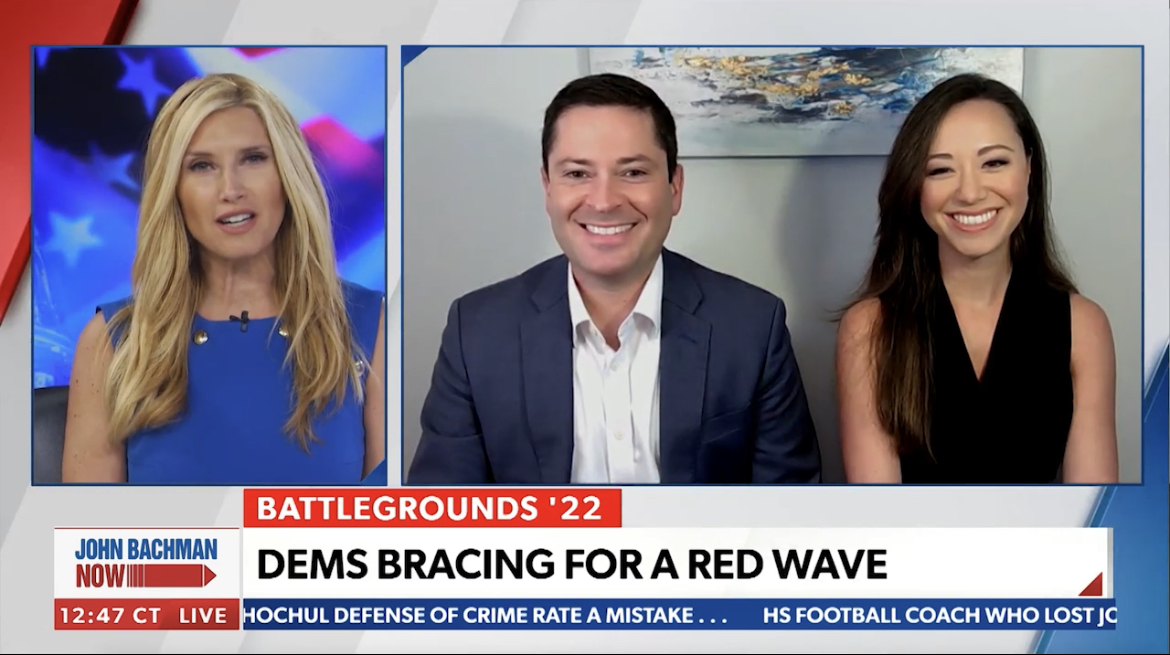 A Red Wave Appears on the Horizon

A slew of closely watched and contested races have begun breaking decidedly to the right, making it more and more likely that both the House and Senate will be in Republican control in January.

Let's Talk About the Governors -- GOP candidates are surging in unexpected places:

The House is almost certainly to flip to the Republicans--it's only a matter of by how much. Dan Conston, who runs soon-to-be Speaker McCarthy's Super PAC, feels comfortably in the 20+ pickup range and is focusing on winning districts that Biden carried by 8-10 points.

In (hopefully) a victory for free speech and conservatives who have been silenced in recent years, Elon Musk closed his deal to take over Twitter. He promptly fired the CEO, CFO, policy head and general counsel. Don't feel too bad for them. They'll likely receive multi-million-dollar payouts as Musk is the only thing between their stock trading at $54 per share and the market conditions, which would have it closer to $15 per share, given what others in the industry like Meta and Snap are doing these days.

The economy grew at 2.6% annualized in Q3, though a recession is still expected. The Fed will probably raise interest rates by another 0.75%. Mortgage rates are up over 7% and a major contraction in the housing market is materializing.

This statistic is stunning: 100 million Americans in the U.S. are not working. About half are retired. Many more are dealing with Covid, and about 6.8 million "don't want to be employed."

(Another favorite from Vignettes & Vino)

¼ cup (half a stick) margarine

Half an egg, slightly beaten

Preheat the oven to 350°F. In a bowl, mix the butter, margarine, brown sugar, egg, and nuts. Once mixed well, spread into a 9-by-12-inch buttered baking dish. Bake in the oven for 25 minutes.

While the crust is cooking, create the icing by blending the cream cheese, sugar, and milk in a bowl with a hand mixer. Add the Cool Whip to the icing when it’s creamy.

Remove the crust from the oven and let it cool. Once cooled, spread the icing over the crust. Then spread the blueberry filling over that. Serve and store the remainder in the refrigerator.

Tip: Add fresh blueberries to the pie filling for a special touch.

1½ oz. Irish cream (typically Bailey’s, but there are other good ones out there)

Pour the coffee into a glass, keeping it hot or pouring it over ice. Add the sugar or sweetener and whiskey. Stir. Pour the Irish cream on top in a circular motion and let it swirl in.

We have multiple contenders this week. Crime, unfortunately, hit home for the Pelosis with the House Speaker's husband Paul experiencing a violent home invasion. Thankfully, the suspect is in custody, and Mr. Pelosi is being treated and is expected to recover.

In less dire, but still very bad news, A NY Post employee posted fake, offensive headlines to the paper's online accounts. The person was caught and quickly fired--a victory for all of us who love the Hamilton-founded best paper in America.